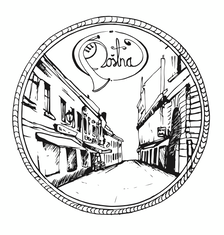 CONCERT OF BANDS OF UNIVERSITY OF MARIBOR RESEARCHERS AND STUDENTS

PhD Big Bang Band joined their musical forces in 2006, when they premiered at Researchers' Night, which they also attend regularly. The band is composed of employees of the University of Maribor and their friends who decided to spice up various cultural and scientific events with their musical performance. 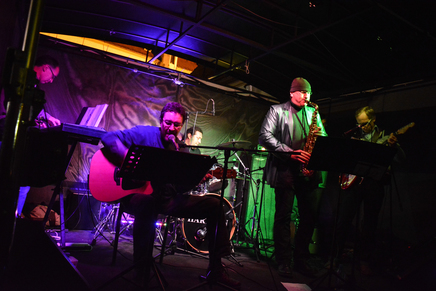 with the Department of Physics,

Faculty of Natural Sciences and Mathematics in Maribor;

Teodor Petrič – bass player and associate professor with the Department of German Studies, Faculty of Arts in Maribor;

Robert Repnik – saxophone player and assistant professor of physics with the Department of Physics, Faculty of Natural Sciences and Mathematics in Maribor;

Samo Kralj – keyboard player and full professor of physics with the Department of Physics, Faculty of Natural Sciences and Mathematics in Maribor, and the Jožef Stefan Institute in Ljubljana. ​

The Strici iz ozadja band is composed of both students and professors. They play surf music. 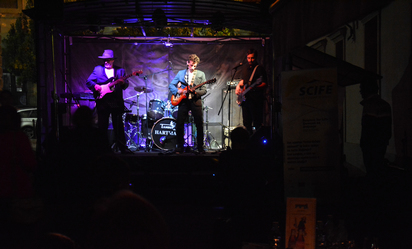 In the past, all band members explored different areas of musical expression. Especially in their youth, they gathered experience as rockers. Samo, former dean of the Faculty of Education (University of Maribor) and now a professor at the same faculty, as well as Frank and Toni, were members of the legendary rock group Nima Smisla (“senseless”) nearly 40 years ago. They performed in Maribor and its surrounding during the same time as many famous and successful bands like Lačni Franz (“hungry Franz”) and Preporod (“rebirth”) were formed. Tina and Dani, the younger band members, were also fond of rock and metal, and they are just as experienced as the “grey-haired” band colleagues. Tina, the lead singer, is also a professional opera singer in Maribor, which is nothing to sneeze at. After a thirty-year long pause, the band reunited a year ago in order to “search for their youth”. They discovered the “balm for their soul” in old and new rock hits, which they interpret in their own cover songs, thus “blowing off steam” on their path towards the second half of their lives!

In short: worth seeing, hearing … and blowing off steam! 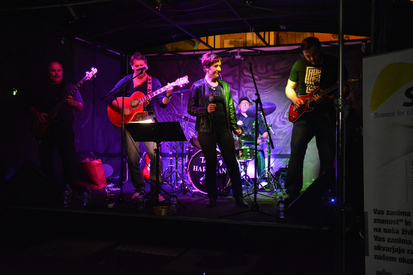